NextWhat is the purpose of TruthSeekers Adventures ToursNext

Temple Lot and the UN

Almost nine months after the organization of the Church of Christ (now the Church of Jesus Christ of Latter-day Saints), on January 2, 1831, Joseph Smith received a revelation from the Lord during a conference of the Church at Fayette, New York. The Lord told Joseph, “I hold forth and deign to give unto you greater riches, even a land of promise, a land flowing with milk and honey, upon which there shall be no curse when the Lord cometh.”{{{D&C 38:18-19.}}} Six months later, in early June, 1831, Joseph was in Kirtland, Ohio where he presided over a four-day conference during which he received a revelation regarding the location of the next conference, “ I, the Lord, will make known unto you what I will that ye shall do from this time until the next conference, which shall be held in Missouri, upon the land which I will consecrate unto my people, which are a remnant of Jacob, and those who are heirs according to the covenant.”[ref]D&C 52:2.[/ref]

After the conference, Joseph and a few friends departed Ohio and headed toward Missouri to seek out this promised land, and along the way, asked the Lord “. . .where will thy Temple stand unto which all nations shall come in the last days?”[ref]“History, 1838–1856, volume A-1 [23 December 1805–30 August 1834],” 127, josephsmithpapers.org.[/ref] Joseph received an answer to this question on July 20, 1831 when the Lord told him, “Hearken, O ye elders of my church, saith the Lord your God, who have assembled yourselves together, according to my commandments, in this land, which is the land of Missouri, which is the land which I have appointed and consecrated for the gathering of the saints.”[ref]D&C 57:1-3.[/ref] At the time, the United States government held title to the land, but the Church would lay claim to the ground on August 3, 1831, when eight elders gathered at the site of the eventual temple. On that day, Sidney Rigdon dedicated the ground where the city is to stand, and the Prophet Joseph Smith laid a stone at the northeast corner of the future temple in the name of the Lord Jesus of Nazareth. The Church had purchased the land by the end of the year.

Two years later, in June of 1833, the Prophet Joseph Smith laid out a plan for the city. Drawn by President Fredrick G. Williams, the plat consisted of a square mile of land with the center of the city of Zion anchored by 24 temples—12 for Aaronic Priesthood use and 12 for the Melchizedek Priesthood.  In August, a revised plat for a larger City of Zion, still with 24 temples, but now with one temple identified as the one that would be built first. Joseph Smith had received a command from the Lord to build a temple—the first such command delivered to man in the dispensation of the fulness of times. That revelation, received by the Prophet on July 20, 1831,[ref]D&C 57:3.[/ref] identified Jackson County, Missouri as the center point of the great City of Zion, a location that corresponded to the area in which Adam, the Ancient of Days, had once traveled.

65 miles north of the Temple lot, at a place called Spring Hill in Missouri, Joseph Smith received a revelation that Adam would come to this place to visit his people. The name of the place, according to the Lord, is Adam-ondi-Ahman.[ref]D&C 116:1.[/ref] Nearby, in the town of Far West, the Saints had begun constructing a temple under the direction received by Joseph from the Lord on April 26, 1838.[ref]D&C 115:8.[/ref]

These sacred places hold an important and lasting place in the annals of world history, and so it is without any surprise that Satan would do all he could to subvert and malign those who would build up Zion in the last days. During mid-1833, conflict between the Saints and the Missouri mobs had become bloody, and by December of that year, the Saints were driven mercilessly from their homes in Jackson County, enduring the most horrific treatment. This temporarily ended the dream of building the temple at the center point of Zion for the Saints. The property on which the temple lot sits was sold and divided up over the years. The Reorganized Church of Jesus Christ of Latter Day Saints (RLDS), now the Community of Christ, owns most of the original land. The Church of Jesus Christ of Latter-day Saints in Salt Lake City owns the next largest section, but the actual temple lot is owned by a small church, the Church of Christ – Temple Lot. They continue to hold firmly to the anticipated fulfilling of Joseph Smith’s revelation about the temple.

Satan continues to exert influence in ways that, to some people, might seem unrelated to the original attack on the Saints. After World War II, with the world languishing in the aftereffects of the rise of two evil regimes–Germany and Japan, the Allied nations formed an agreement uniting member nations under a common flag of world peace in San Francisco, on October 24th, 1945—the founding of the United Nations. This organization has led to the loss of rights and a subsequent transfer of some of America’s sovereignty. 50 years later, on the very place where Joseph Smith once stood to dedicate the land of Zion, members of the United Nations gathered on the 50th anniversary of the UN to pay homage to the Peacekeeping Forces of the UN, and to establish a permanent memorial in their honor. As is so often the case, there are two forces at odds with each other—right & wrong: Worship of the Creator or worship of the creation: Individual agency or groupthink—the establishment of Christ’s kingdom or the establishment of a new world order. These are things each of us must face. Where will you stand?

The temple lot and the UN Peace Plaza is one stop among many on the Covenant Path tour led by Russ Barlow & Hannah Stoddard, as is a visit to the temple site in Far West and to the place of Adam-ondi-ahman. Details of this and other tours are available at truthseekersadventures.com. 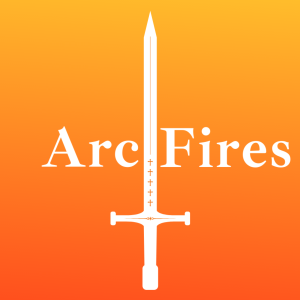