Water, not only found at sea…

With water, one of the most basic and necessary elements in the universe, we quench our thirst, wash our hands, plants grow, and much more…

For centuries, scientists have underestimated the vast amount of water there actually is and where it resides in the universe. Surprisingly new evidence has been shown that there is literally water on the Sun! An article in Air and Space published in 1997 revealed that “Water, one of the most abundant chemical compounds in the universe, turns up almost everywhere we’ve searched: on the moon, Mars, Jupiter, Saturn, Uranus, Neptune, and Pluto, on many moons of those planets, in comets and meteors, in the sun and perhaps on Mercury, all over interstellar space, and, most likely, on planets circling the stars.”

Not only has the water been found on the Sun and stars, but also in the molecular clouds where stars are born, Earthly rocks, and in the far boundless void of space. This can be proven by weighing a rock, baking it, and then subsequently weighing it. When introduced to heat, the water content in the rock evaporates, causing the rock to lose a percentage of its weight. Some rocks, called anhydrous, hint at how they were created by exhibiting water pockets trapped within their structure. According to the Handbook of Rocks Minerals and Gemstones, obsidian holds “up to 3% water”; some meteorites can contain up to 11%, and others up to 30%! To put this into perspective, these two beakers of water hold the amount of water that is in this piece of obsidian!

Quartz is a silica-based rock and silicates are more abundant on the Earth than all other minerals combined, making up 90% of the Earth’s crust. You can find quartz in most rocks and it has been proven along with almost all rock-like structures that quartz is formed in an environment that contains water, pressure, and heat, called a Hypertherm which occurs deep beneath the Earth’s crust.

Neglecting the pivotal ingredient of water, scientists have attempted to synthetically create granite with only heat and pressure, and have failed but eventually they discovered that the water content was interestingly enough the “most critical factor.” In Geophysical Research Letters, the author wrote, “Water is essential for the formation of granite and granite, in turn, is essential for the formation of continents.”

Now, what does all of this mean? This all comes to show that perhaps what is in the Earth’s center isn’t exactly what scientists for decades have thought it was…namely magma. While the magma planet theory has yet to be proven, ground-breaking evidence is now suggesting that the Earth’s interior is actually made up of mostly water as are other planetary bodies! After this is realized, questions like: “If there were magma inside the Earth, why does tomography of Central America show that temperature decreases the farther the depth inside the mantle?” or “Where did all the water that covered the whole earth in the Universal Flood come from?” or “Where did all the water come from that emanated from the rock which Moses smote?” 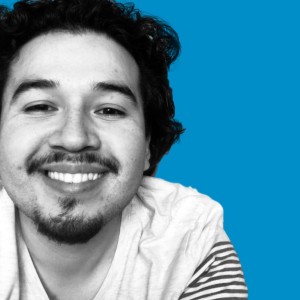